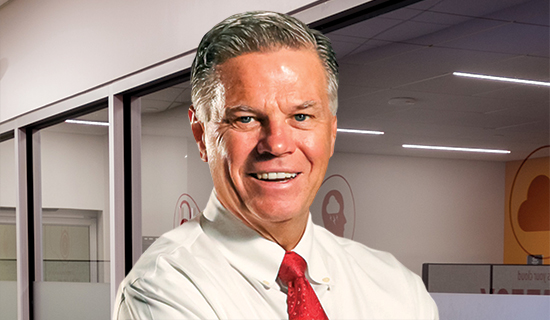 It was around 2015 when Expedient found itself ready for a change.

The cloud and data center infrastructure as a service (IaaS) provider had started to get what Shawn McGorry, the company’s president and CEO, called its cadence, distinguishing itself from the market’s hybrid cloud and managed service provider crowd. The opportunity to expand was there, which would require more capital to leverage. So, the Expedient management team approached Landmark Media Enterprises, which held the company, and pitched it on the idea that conditions were great for the investors to monetize Expedient for a solid return on their 14 years of support. It was also a good market for the business to bring new capital and a longer-term vision into the equation.

Landmark Media Enterprises agreed, and Expedient set out to court a new investor around mid- 2017. But something about Expedient wasn’t resonating in the market.

“I think the investment community, in general, was still trying to get its head around the difference between a data center company and a managed services company and something in between, which is what we were,” McGorry says.

Part of the investment community at the time understood, as an investment opportunity, the pure data center concept, which McGorry says presents more of a real estate play. Another part understood the managed services side, which is closer to a traditional consulting/professional services company. Expedient, however, was very much in the middle. Facing that perceptual misalignment, Expedient’s management team shifted its focus internally but left the door open.

“The result of that first exercise was we didn’t think the market understood us well enough and we weren’t going to be able to secure the premium that we felt we deserved — and we felt Landmark deserved — with that kind of misunderstanding,” McGorry says. “So, we decided to go back and put another three or four really strong quarters on the books and let the investment community educate itself and mature a little bit on the story of the hybrid cloud and data center company that we were. And that’s exactly what happened.”

The company’s strong end of 2017 and 2018 led to check-up calls from investors, which prompted Expedient to begin entertaining offers in 2019. Ultimately, AMP Capital made it through diligence and Expedient entered into an agreement with the Australia-based global investment manager in October of that year.

“And I can say, since then, that it couldn’t have gone more perfectly,” McGorry says. “Our employees didn’t even need to move the pencils on their desks. AMP Capital has been tremendously supportive from the capital sponsor perspective. It’s very supportive of the management team and the employees. We really just didn’t miss a beat. We were able to keep going, only we have a much deeper and stronger capital backing to take the company forward.”

With its new backer, Expedient is headed west. It recently added a location in Phoenix and is set to continue building on that side of the Mississippi River. Doing so requires tapping into its nearly 400 employees, as well as the broader talent market, to build up its leadership ranks.

On the heels of closing the AMP transaction, in the ensuing all-company meeting, management stressed that there would be a heavy focus on increasing the leadership bench in order to accommodate the company’s scale.

“We talk about it in every single meeting we have: What have we done to increase leadership depth?” McGorry says.

Jonathan Rosenson, senior vice president and COO of Expedient, says the company has, for the past seven years, had a formal leadership development program through which a third party helps employees who aspire to be in leadership or who are in their first leadership role.

“We, as an executive team, talk about the gaps that we see, either now or that we perceive to be in the future, and we’re always talking to people,” Rosenson says. “That’s one thing that the team is good about is bringing people to the table who are quality people who have a track record of trying things (that end) in both success and failure. When we have these new initiatives, we look at pairing people together that have complementary skill sets that can learn from each other.”

Since the AMP deal, Expedient has added a new CIO, vice president of human resources and chief legal officer, a director of product solutions, new initiatives, and a number of management/director-level employees. Some were promoted from within and some secured from the outside, either through previous relationships or by aggressive recruiting.

Bringing in outside candidates serves another critical function.

“Many of us have been together for a long, long time, and we want to avoid being jaded by groupthink,” McGorry says. “On the flip side, we know that we need to have new ideas and new creative input come in. So we’ve always been trying to make sure that our leadership depth and bandwidth scale with the company.”

To that end, the recent remote work phenomenon has the potential to help Expedient secure skill sets and talent that it would otherwise not have pursued, talent that could make a significant impact.

“For example, we hired a new vice president of marketing about a year ago who’s just been a tremendous value-add to the company because it was an in-space industry veteran who happened to be making a transition, but he was located in Boston,” McGorry says. “We would have never even conceived of hiring the leader of our marketing and public relations to sit outside Pittsburgh three years ago. Just the value-add, the new ideas and the creative insights he’s brought to the table have been invaluable. So, in that way, the new world has created an opportunity for us.”

Looking behind, looking ahead

The nature of Expedient’s business largely shielded it from the impact of the pandemic. The sudden and broad shift to a work-from-home model drove a lot of Expedient’s clients to increase not only their remote access and their bandwidth resources, but also their storage resources and other services, such as disaster recovery.

McGorry says while there was an increase in demand on the front end of the pandemic, the company’s clients eventually had to right-size their environments to support the new work world, so business flattened out somewhat later in the year. Also, some of the company’s prospects put projects on hold as they braced for the pandemic’s full impact. Essentially, Expedient got to where it expected 2020 would lead it, just in a different way than it had planned.

Financially, McGorry says that, from a sales perspective, the company ended up slightly lower than it would have liked, and a little higher than it expected from a customer retention and expansion perspective. Expedient ultimately saw 10 percent business growth for the year as measured by billings, which is consistent, he says, with previous years.

Headed into 2021, Expedient’s leadership was very optimistic that the worst of the pandemic was in the rearview mirror and had forecasted a return to normal growth patterns around the end of the first quarter and early in the second quarter. In reality, the company’s opportunity pipeline began projecting expansion halfway through the third quarter.

“So, it’s returned a little slower. But you know, there’s no playbook for this,” McGorry says. “We’ve never experienced anything like it before. We were optimistic about a quicker return, and it didn’t happen. And then we had the variant waves, and now we’re seeing an uptick in activity, projects, opportunities from not only existing customers but prospects. And that’s keeping us really busy here in the third quarter, even with this variant surge.”

Looking ahead, the company aims to crystallize its expansion and continue to add talent depth as it sets itself up to compete with industry giants.

“The growth is exciting because we believe that if we can establish the physical presence in these additional markets, that’s a big differentiator that we have over our competitors who likely don’t have that,” Rosenson says. “And by having people there, even during the coronavirus pandemic, it is a differentiating factor to make a commitment to a market in the region and have that same commitment dotted across the country, because it really creates a capability that’s not like what anyone else is doing.” 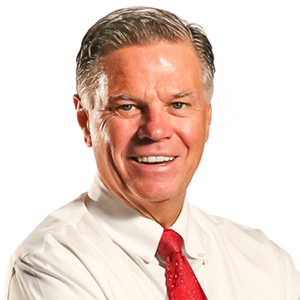