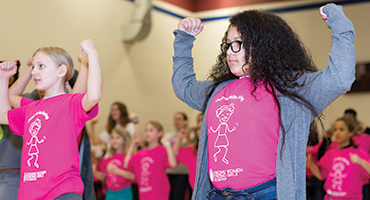 All women and girls should have a place at the table — the same opportunities and belief in themselves. We all deserve champions in our lives.
Jocelyn Horner
Co-president and executive director, Strong Women Strong Girls

Jocelyn Horner, co-president and executive director of SWSG, is a 2019 Pittsburgh Smart 50 honoree and Impact winner.

Jocelyn Horner considers herself fortunate to have had a strong female role model, her mother. But her sense of justice kicks in when she thinks about how arbitrary it is that she had that and others don’t have that input or support system.

“All women and girls should have a place at the table — the same opportunities and belief in themselves,” Horner says. “We all deserve champions in our lives.”

This inequality particularly exists for women and girls who identify as being black or of African descent, as evidenced in the University of Pittsburgh gender equity report released last year. Strong Women Strong Girls working hard to do its part to change that.

“We are an organization that is dedicated to helping women and girls achieve their fullest potential,” Horner says. “We use mentorship as the tool to accomplish that change.”

While Pittsburgh is a sister city to the Boston office, where the nonprofit was founded, Horner says they use an internally developed curriculum that serves underresourced schools and communities. Girls learn about female role models and engage in a hands-on activities that help apply the lessons learned from that role model to their own lives.

“We see that girls who participate in our program develop stronger relationships with their peers, both inside and outside of Strong Women Strong Girls,” she says. “They’re better able to ask for help and support.”

They also tend to show more confidence and self-esteem and are better able to identify pathways to professional success.

Along with the revamped curriculum that’s more experiential, Horner has helped SWSG establish monitoring and evaluation programs with metrics and a data-driven lens around the nonprofit’s impact.

“As you can imagine, when you have over 1,000 people directly involved in your organization, logistically, it can be complex to even collect that data, let alone analyze it and change your programming,” she says.

She’s also expects to expand SWSG’s middle school sites, which are being pilot tested. Then, the next step will be to look at piloting regional programming, which will likely be connected to universities and colleges outside of Allegheny County. 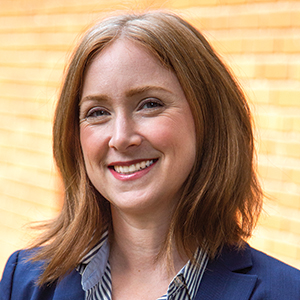 What are you currently reading? “Dao De Jing,” a foundational text on Taoism, and “Sister Carrie,” by Theodore Dreiser

Where is someone most likely to find you on the weekend? Probably cooking in my kitchen

Who do you admire? Anyone who steps into a role that is unfamiliar and new and takes on a challenge

Is there anything people might find surprising about you? Even though my job is externally facing, I identify as an introvert.